Bilateral Agreement between Mexico and Canada to Cooperate on Indigenous issues 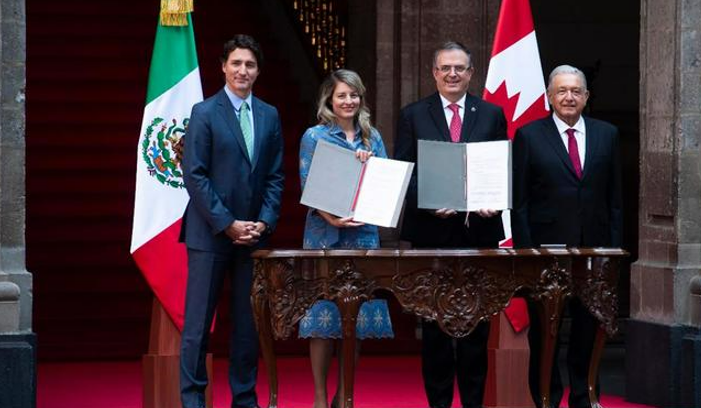 On Wednesday, 11 January, 2023, at the North American Leaders’ Summit in Mexico City, Mexico’s Secretary of Foreign Affairs Marcelo Ebrand and Canadian Minister for Foreign Affairs Mélanie Joly signed a memorandum with the goal of increasing support for Indigenous communities in both countries.

As the press statement of the Mexican Government noted, “Canada and Mexico share a common identity as nations with a rich indigenous heritage, and both are on the path of reconciliation with their indigenous peoples. Both countries recognize that the inclusion and participation of indigenous communities are essential for long-term sustainable development, and for promoting self-sufficiency, prosperity and well-being in the region.”

According to the statement of the Canadian government, “Canada and Mexico recognise the opportunity to jointly build platforms to allow Indigenous Peoples to share best practices, lessons learned, and address common issues in building inclusive societies with Indigenous communities that favour self-reliance, prosperity, and well-being in the region to achieve social justice.”1.

The full press statement by Mexico can be found here.