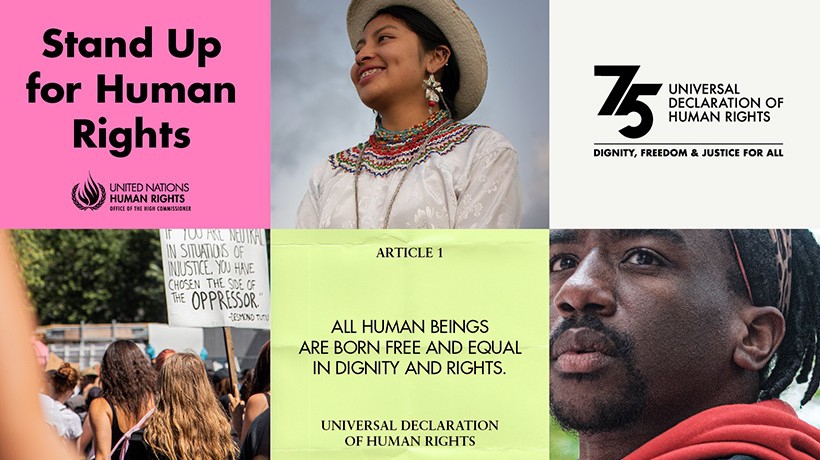 Every year on 10 December, the world celebrates Human Rights Day, which commemorates the anniversary of the adoption of the Universal Declaration of Human Rights (UDHR) in 1948.

This year, UN Human Rights will launch a year-long campaign to promote and recognise the 75th anniversary of the Universal Declaration of Human Rights (UDHR 75), which will be celebrated on 10 December 2023. The year-long campaign will focus on the legacy, relevance and activism of the UDHR using the slogan, “Dignity, Freedom, and Justice for All.”

As Volker Türk, UN High Commissioner for Human Rights stated, “The Universal Declaration of Human Rights is a miraculous text. At a time when the world emerged from cataclysmic events, the Declaration set out universal rights and recognized the equal worth of every person […] The Declaration – which was drafted by representatives from all over the world – embodies a common language of our shared humanity, a unifying force at the heart of which lies human dignity and the duty of care we owe each other as human beings.”

The OHCHR offers several ways to get involved and support the campaign, including special filters to use on social media, sharing your favorite article of the UDHR, or by sharing one of the human rights posters specially created for this event.